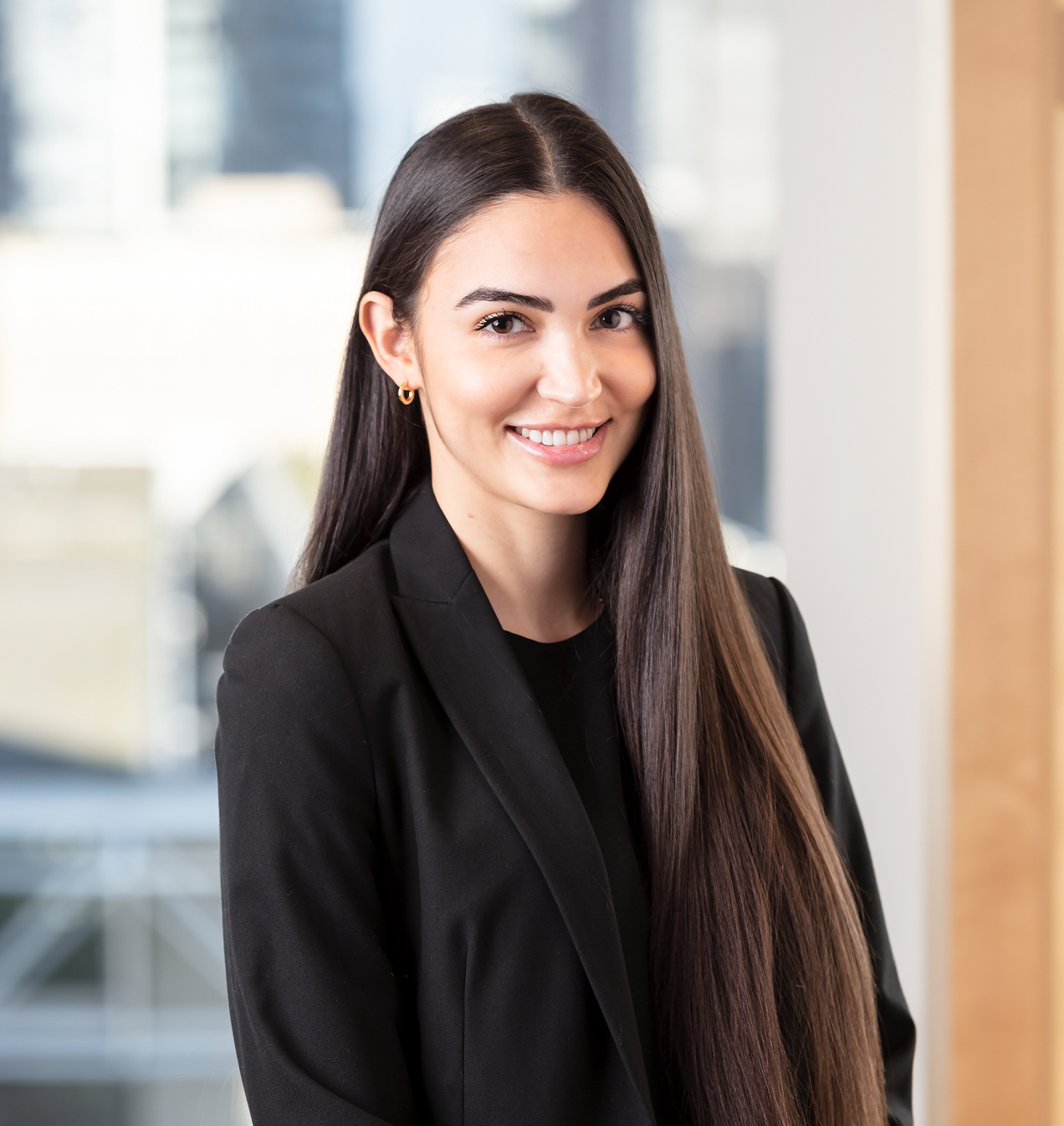 Working as a legal assistant at JML since July 2019, primarily assisting two construction lawyers, Alex Inzunza is currently articling with the firm.

Alex became interested in family law in 2009, when volunteering at West Coast Legal Education and Action Fund (LEAF). At LEAF, she trained as a research assistant observing and recording data in child protection hearings, and went on to spend four years teaching three legal educational workshops for youth. A strong belief in the benefits of public legal education and advocacy for increased access to justice led her to law school at Queen Mary University of London, where she focused on family law, employment law and access to justice.

Prior to law school, Alex completed an Honours Bachelor of Arts in Psychology where she conducted her own research and completed an honours thesis in the Self in Social Context Lab at Simon Fraser University. Her interest in qualitative research, social and gender related topics led her to complete a Masters in Gender, Feminist, Sexuality and Women’s Studies at Toronto’s York University. She hopes to further explore the interactions between gender and the law in her practice.

During law school, Alex participated in the Denton’s Poplaw legal advice clinic in the diverse area of East London. Here, she interviewed clients and summarized their legal issues. She also participated in Reed Smith’s liberty letter writing clinic where she assisted solicitors in drafting informal legal advice on human rights and civil liberties matters in England.

While not at work, Alex can be found hiking in the mountains or spinning at the cycling studio.