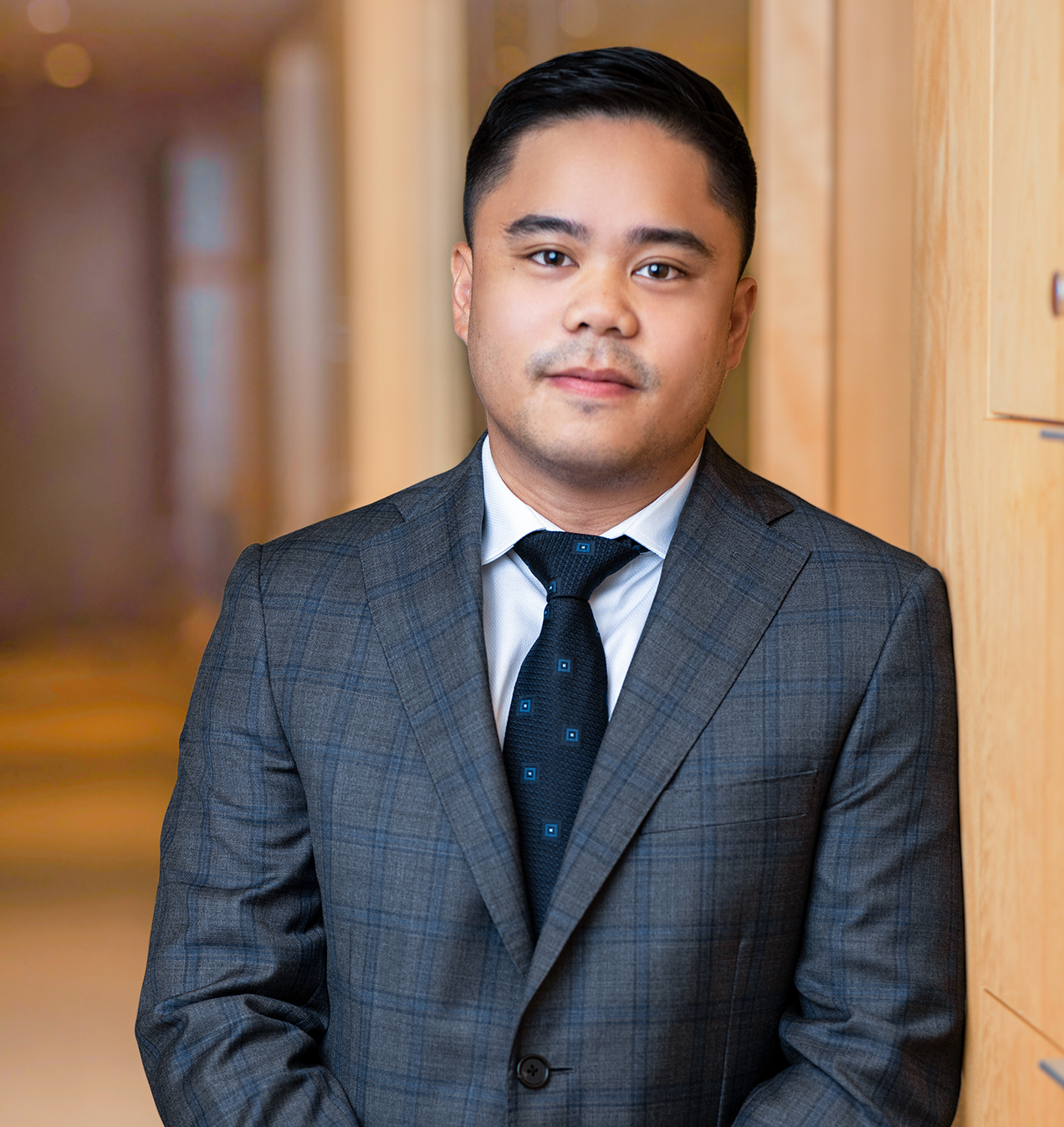 Since being called to the Bar in 2018, Cyrille Panadero has represented a wide range of clients on family law matters involving property and asset division, child and spousal support, child custody, and guardianship. He has appeared before the British Columbia Provincial Court, the Supreme Court of British Columbia, the British Columbia Court of Appeal, and several administrative tribunals.

Cyrille works with his clients to achieve a final settlement outside of the court system whenever possible. Experienced representing clients at mediations, he has negotiated successful outcomes on their behalf. He also regularly assists with preparing marriage and separation agreements, including agreements involving significant assets and foreign properties.

Prior to joining JML, Cyrille practiced at a full-service law firm in Richmond, B.C., where he maintained a general litigation practice with a primary focus in family law. In 2020, he was recognized as one of the top three divorce lawyers in Richmond by ThreeBestRated.

During law school, Cyrille received the Bracton Law Society DLA Piper Pro Bono Award and the Exeter St James Award for his contributions to the law school and local community. Along with acting as editor of the Exeter Law Review, he was co-founder and director of a pro bono program that provides legal advocacy, rehabilitation, and housing to human trafficking survivors in Devon and Cornwall, England.

Cyrille is an avid sports fan. He also enjoys playing ice hockey, reading, exploring new places, and giving back to the community.